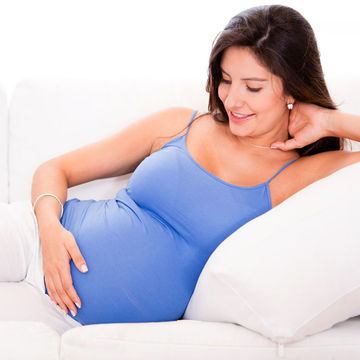 Issues Associated With Gingivitis During Pregnancy

Women who are pregnant are likely to have moderate to severe gingivitis, leading to other health issues, according to research from the University of Alabama at Birmingham (UAB). The study from UAB was part of a trial to evaluate the effect of late first trimester to mid second trimester introduction of daily oral hygiene on gingivitis and pregnancy outcomes.

According to the American Dental Association (ADA), untreated gingivitis can cause harm to the baby and mother. In fact, gum disease in pregnant women has been linked with preterm birth, pre-eclampsia, and lower birth weight. Nearly half of all pregnant women will experience hormonal changes that can cause gingivitis.

Minimize Risk Of Gingivitis During Pregnancy

How can you prevent gingivitis during pregnancy? You should regularly be brushing, flossing, and using antiseptic mouthwash to make a difference. However, visiting the dentist — and not skipping your yearly cleaning during pregnancy – makes a significant impact in reducing pregnancy complications. Because gingivitis is such a prevalent issue during pregnancy, scientists are researching more solutions.

A different, randomized study has shown that a Lactobacilli reuteri lozenge significantly reduced inflammation and plaque in the mouths of pregnant women. L reuteri is a naturally occurring bacteria is found in humans. However, it is not found in everyone. This bacteria has an antimicrobial effect. Additionally, it does not have a negative impact on tooth health.

The women enrolled in the study were in the beginning of their third trimester. They received lozenges, to be taken twice daily until birth. The results showed that women using the probiotic lozenges had significantly less plaque indices than the placebo group.